Life is good, more so when I am able to find and try a new recipe that challenges me but at the same time combines ingredients that I like. Panettone is by far one of my favorites of all times -even though I have never baked one, but I will- pretty much along with the Colomba di Pascua which is a fantastic sweet bread-, rum and Marsala. How can you go wrong with these ingredients?

In one of my classes one of my students is Italian and she lent me her favorite cook book where I got this recipe. I did return the book but without the page (ha!) ... she'll never find out unless she reads this website which...she actually reads...oh... sorry Diana....

In any event, I decided to bake this Bread Pudding and see what happened. I was hesitant as I have never done a bread pudding before but, hey, there is only one life. The timing was perfect as the current wife was starting a diet and I was decided to make her break it (it is the Lanister's blood in me) so I did . The end result was fantastic. The baking time was kind of funny because I doubled the amount of Rum (but this recipe has been corrected for the non crazy people, even though I will do it with 1/2 Cup of rum next time as we did like it like that). So 2 hours into the baking and...nothing; 2 1/2 hours...nothing...pretty much wet....3 hours and is was kind of OK...so I left it for another 1/2 hour and voila! It was ready.

The house smelled like a cantina that was the Peaky Blinder's favorite fight bar, but wow...the smell, the flavor and, the best of all...the wife broke the diet! Now she is back to it, so I'm preparing a new dessert today...let's test her will.

For those who are not on a diet or want to be part of the Lanister's family...just go for it. It is amazing. Honest. 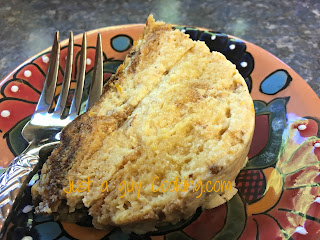 - Grated rind of a lime (or lemon)

- Butter to prepare the baking dish

1. Soak the Panettone slices in the Rum-Marsala mix, cover with plastic so the aromas don’t evaporate. Reserve. 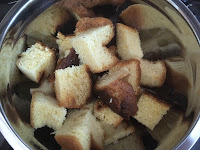 2. Bring the milk to a boil, stir in the lime (or lemon) rind and the cinnamon and allow it to cool.

3. Separate the eggs. Beat the egg yolks with the sugar until incorporated, then add 1/2 cup of the lukewarm milk and mix it together. Whisk like crazy otherwise the mix will be ruined!

4. Once the egg/sugar/milk is one smooth mix, incorporate the rest of the milk and mix again.

5. Add the egg-milk mix to the already soaked in rum-Marsala mix trying not to break the 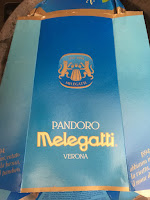 Panettone (as much as you can, though). We don’t want a mushy mix, we are trying to keep the bread as a unit.

6. Beat the egg whites stiffly and FOLD them carefully into the bread mixture (again, it is essential not to break up the slices…try…)

7. Once is 100% blended, pour the mix into a buttered baking dish. Remember to butter all the baking dish… this mix will grow all the way to the top.

8. Turn on the oven to 300˚F and put water in a baking pan with hot water (I don’t have one large enough so I used a Pyrex square dish that covered 1/4 way up the side of the baking dish with the Panettone mix, but if you have a large one then try to keep the water level so 1/2 way up the baking dish is covered)

9. Bake for about 2 hours until the pudding is firm. Mine took actually longer, a bit more than 2 1/2 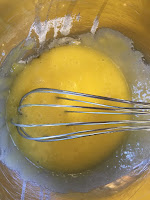 hours but better check at the 1 1/2 hour mark. I did insert a wooden skewer just to verify how easy would go in… when I felt it was firm enough -didn’t feel wet when out but a bit sticky- then I knew that it was time to turn off the oven and allow it to cool with the Panettone inside the oven. It didn’t wobble at all, that was my cue.

10. Once cold, let it cool a bit more outside the oven (2 hours or so) and then put it in the fridge. Serve it cold. 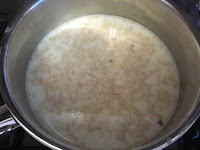 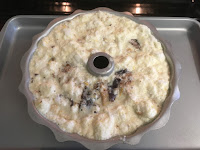 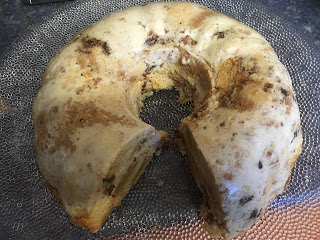