I usually don't eat cauliflower and I really don't know why as it is quite tasty (if it is next to some dressing or in a food...because raw is just disgusting) and I went back to memory land and remember that this dish is quite similar to one that the woman who claimed to be my mother use to make, without the cinnamon, the clove and stuffing the cheese the way I did. In Mexico they usually cut the cauliflower in pieces, mix it with the egg batter and deep fry them -called "tortitas de coliflor"-. So it kind of seems similar to the traditional Mexican way, but I think that this way is somehow a bit more tasty and you don't get the oil and the egg batter aftertaste. It also looks awesome.

As we are only the two of  us, this dish lasted for two days and for a hungry wife lunch, but usually this should be plenty to feed six people. Honestly, the touch of cinnamon and clove and the way the cauliflower is presented is just super tasty. When you cut into the cauliflower and the cheese melts in the plate incorporating itself into the tomato sauce...is just a mystical experience. Try it...you will know then what separates mixing ingredients and cooking. 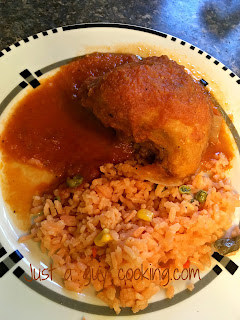 For the caldillo (runny tomato sauce)

200 g Mozzarella cheese (or Panela cheese if you can find it), sliced in 1/4 inch pieces.

To put together the cauliflower

2 Cups of canola oil to fry the battered cauliflowers.

1. Boil water in a medium size pan and once is boiling add the cauliflower trunks (in Mexico they call them cauliflower “trees”) and cook them for exactly 5 minutes -otherwise they will turn soggy-, then drain the water and reserve. 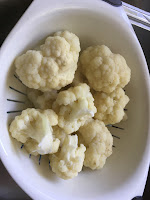 2. In a medium size pan, heat the oil and add the onion so it gets a bit translucent, then add the garlic clove (just broken by using a knife) and mix the until the garlic has browned a bit. Reserve

3. Using your blender or food processor blend the tomatoes  and then add the  onion/garlic. Blend again and reserve in the blender.

4. Using the same pan where you fried the onions, add a bit more canola oil and, once is warm, add the tomato mix, add the 1/2 beef cube, the cinamon and the clove, mix and cover. Reduce the heat to low and allow it to simmer for 20 minutes. If, after the 20 minutes the mix looks a bit dense, add some water as we are looking for a more liquid mix -called “caldillo" in Mexico. Taste and correct if necessary. Reserve 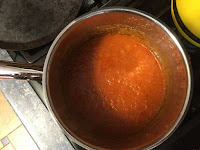 5. Now, we are going to prepare the egg batter. First separate the eggs and reserve the yolks. In a medium size bowl use your hand mixer to beat the egg whites until you  get them stiff (you can turn upside down the bowl and it won’t make a mess). This should take about 3 to 4 minutes; then we are going to add one egg yolk and mix again until incorporated, then add the second egg yolk, mix until incorporated too. Reserve

6.  Now, we are going to prepare the cauliflower. First let’s divide each cauliflower piece in two and put a piece of the mozzarella cheese in the middle then put together with two tooth picks, like a sandwich where the cauliflower represents the bread and the cheese is the sandwich filling. Reserve 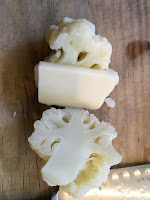 7. In a deep small pan, heat the 2 cups of canola oil to frying temperature and it in that temperature.

8. Take each cheese stuffed cauliflower piece, cover with flour and cover with the egg batter, then carefully drop it in the frying oil. Once the bottom part has browned, using some tongs turn the cauliflower so the other half gets to brown. Once the whole piece is done, remove using the tongs and place each piece on a kitchen paper towel to remove the excess oil. Reserve

9. Once we have all the fried cauliflower pieces ready, we are ready to serve. In each plate put one or two pieces of the battered cauliflower and cover them with the tomato sauce, which should be a bit loose (caldillo), then on the side add some Mexican style white rice and serve. 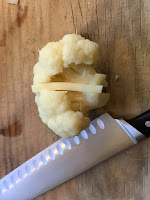 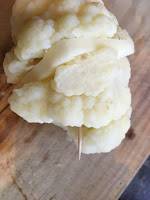 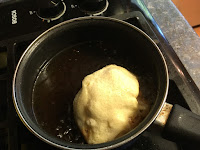 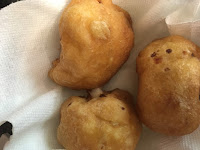 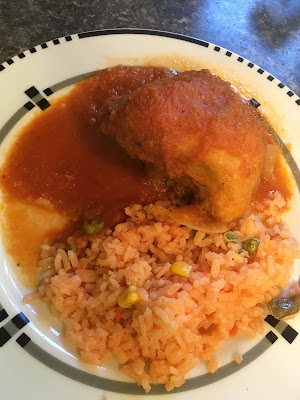